What Is the CCAT Grade 5?

The Canadian Cognitive Ability Test (CCAT) is an aptitude test similar to the CogAT used in US schools.

Although it uses the same acronym, it should not be confused with the Criteria Cognitive Aptitude Test, which is used by employers to test potential candidates.

Children in Canada will take the CCAT at numerous stages throughout their education. It is designed to assess how well a child is performing in relation to their peers and age-related expectations.

Educators use the information gained through testing to identify any areas where students may need assistance or additional support.

Alternatively, children who achieve above-average results can be put into gifted and talented groups to help them achieve their full potential.

The test is completed by students on paper, with different tests for each year group. This is to ensure that children are given materials and questions appropriate to the level of education they will have received.

The CCAT is often administered in separate sessions due to its length. Each battery of assessments will usually take 30–45 minutes to complete.

Students taking the CCAT in Grade 5 will have a total of 90 minutes to answer 176 questions.

What Does the CCAT Grade 5 Contain?

Each of these is broken down further into three subsections.

The verbal battery of assessments is designed to assess a student's ability to read, comprehend and draw conclusions from text.

Students are shown a series of words linked in some way.

Students need to decide how these words are linked and choose the correct option from a selection of options.

During the sentence completion part of the assessment, students will need to choose the correct word from a selection of options to finish a sentence.

For this part of the test, students will need to identify the link between two sets of words to complete a sentence.

During the non-verbal battery, students will use their reasoning and problem-solving skills to answer questions that contain diagrams and images.

The subsections for the non-verbal battery of assessments are:

Students are shown a series of images that are in some way connected. The task is to use their reasoning skills to understand how the images are connected.

They will then need to choose the correct connection from a selection of options. 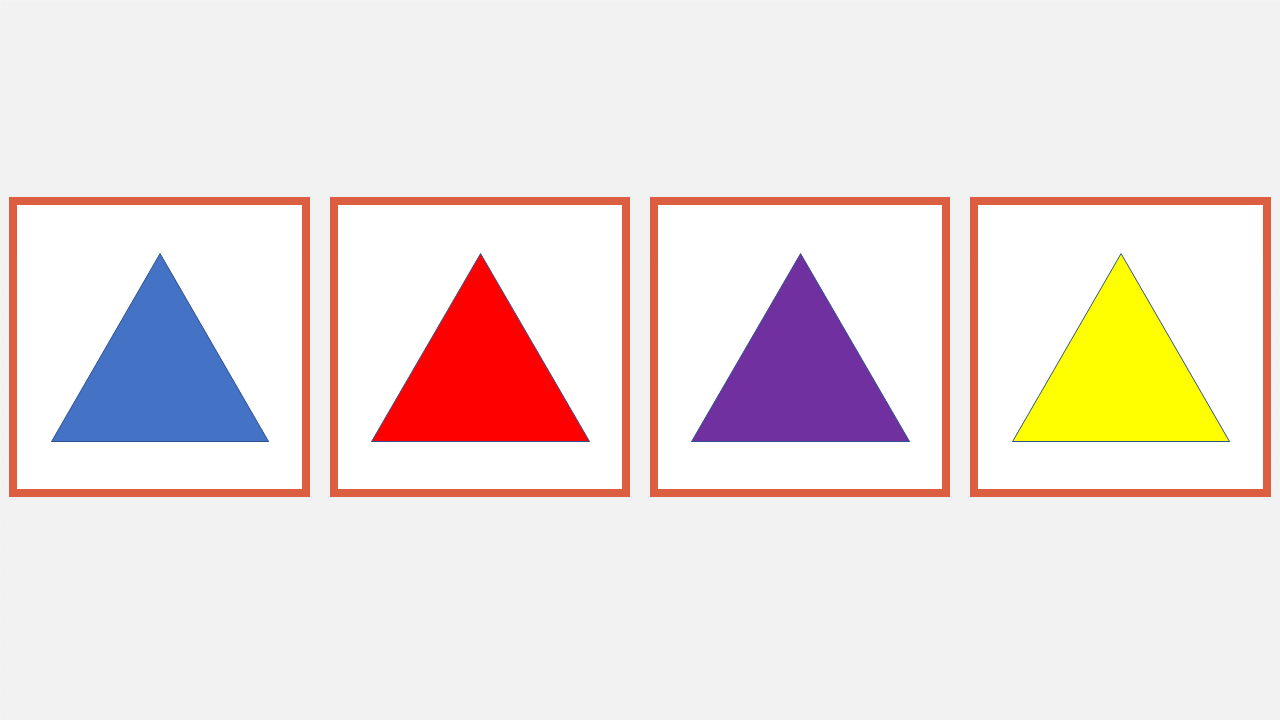 For this section of the assessment, students are shown a series of questions that involve looking at images.

Each question consists of four boxes, three of which are filled with a shape or image.

Two of the images are linked in some way, and students must decide how they are related in order to choose the correct option for the fourth box. 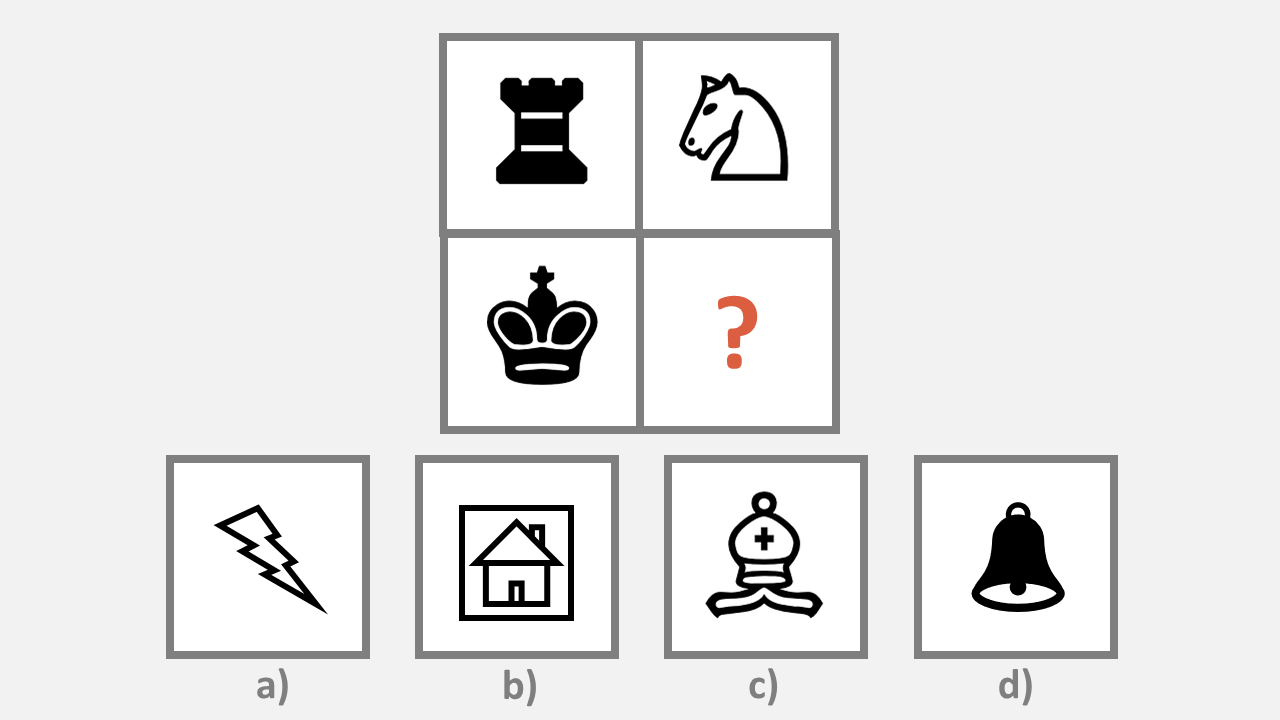 This is sometimes known as the 'paper folding' section of the CCAT. Students are shown an image of a piece of paper with sections cut out, folded or marked in some way.

They need to decide what that piece of paper would look like when it’s unfolded and choose the correct answer from a selection of options. 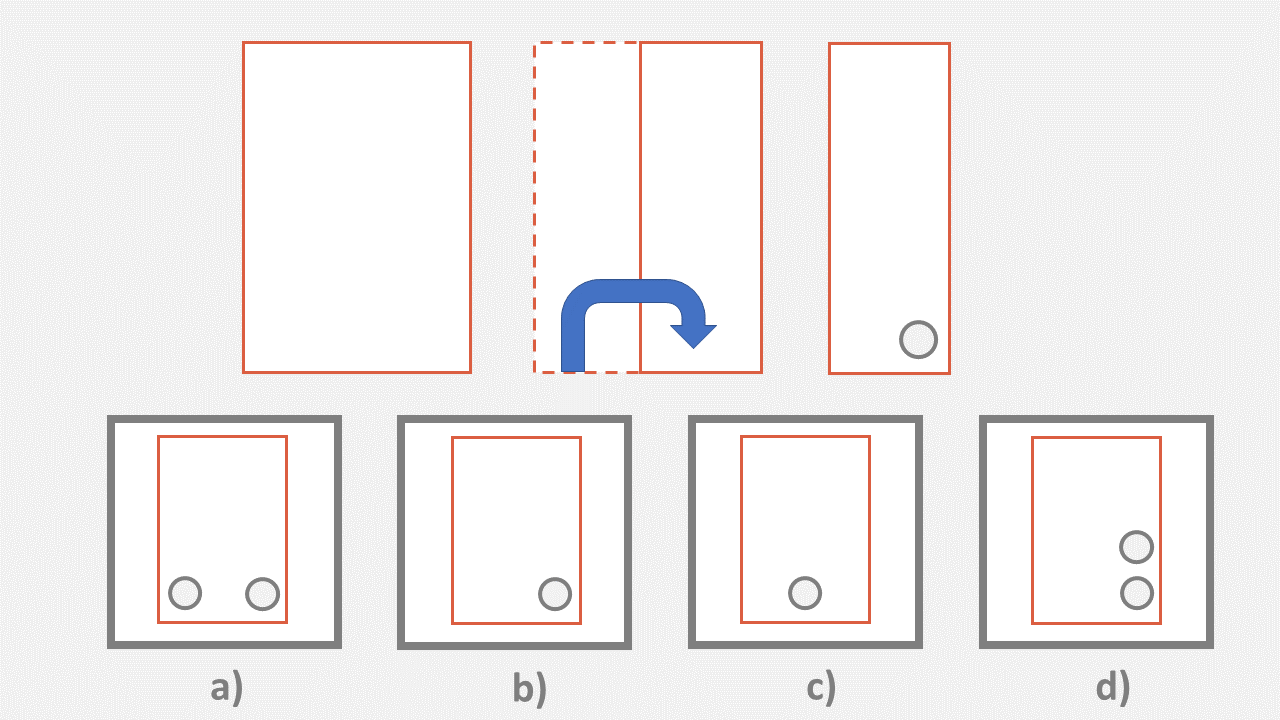 The quantitative battery of assessments is designed to assess a student's mathematical skills.

They will answer a variety of questions that require perception and reasoning skills in relation to mathematical concepts.

The three subcategories in the quantitative battery of assessments are:

Students will find that this subsection is similar to the figure analogies subsection found in the non-verbal battery.

Children are shown two completed number pairs and one incomplete pair. They will need to decide how the pairs are related and use this knowledge to fill in the gap.

This section looks at a student’s knowledge of equations.

Students are shown a series of incomplete equations. Each one will have a number missing.

The objective is to decide which number should go into the gap from a selection of potential options.

Pupils are shown a series of numbers. Each set of numbers will have one in the series missing.

The objective is to decide how the numbers are linked and what the missing number should be. 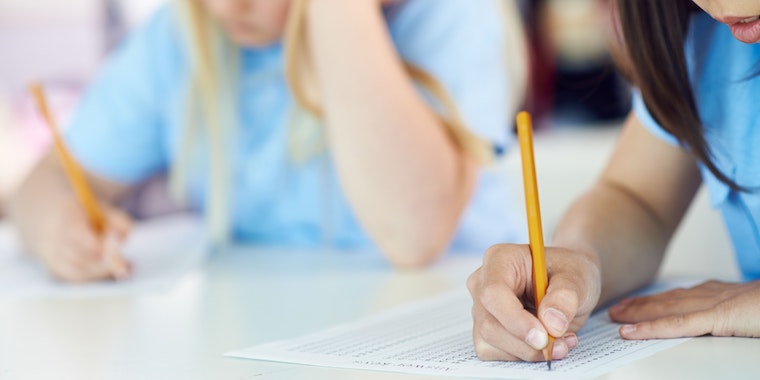 How to Pass the CCAT Test Grade 5

Results are presented in a variety of different ways.

Initially, results will be given as a raw score. This is the number of correct answers which were given overall. There are also raw subscores for each battery of tests.

There are three different formats that are used predominantly to understand how well a child has performed in comparison to their peers. Each of these scores is a composite score from the battery of tests and is used in a different way.

The different scores are:

The age percentile rank looks at children in relation to others their age. It takes the scores and converts them into a percentage.

The percentile rank positions your child within a theoretical line-up of 100 people.

Your child’s percentage indicates where they would stand in this line-up.

For example, if your child’s percentile rank score is 86%, they scored higher than 86% of pupils their age.

This is similar to the age percentile ranking but considers children by their grade rather than their age.

For example, if your child completes the CCAT in fifth grade, their grade percentile rank will compare them to other children in the fifth grade.

If your child is given a rank of 63%, they performed better than 63% of children in the fifth grade.

The Staines rank is a simplified version of the other ranking systems. Rather than being given a percentile ranking, students are given a score between 1 and 9.

How to Pass the CCAT Grade 5

Although the objective of this assessment is to look at what a child already knows, that doesn’t mean you can't help your child prepare.

Preparing ahead of exams can mean that your child is able to feel confident and secure in their knowledge and able to perform at their best.

It is always a good idea to take practice tests if they are available. This will help to familiarize your child with the style of questions they may find during the test and the best ways to answer them.

Practice tests can also highlight any areas where your child is less confident.

While it is important to use practice papers and whatever tools are available, it’s also important not to go overboard.

Spending too much time studying can have a detrimental effect, with children feeling overwhelmed and unable to recall information properly.

Creating a study plan can help to structure revision or practice time in a way that is less overwhelming for children.

Many children find that a visual timetable helps them to see that there is time for things other than studying. This can help them to be motivated during designated practice time as they know that it won’t take up all of their time.

Once you have been able to highlight any areas where your child is less confident or knowledgeable, you will know which areas to focus on.

Spending extra time looking at the tricky areas will help your child feel more confident when it comes to taking the test.

Step 4. Find a Strategy That Works for Your Child

No two children are the same, and what works for one won’t necessarily work for another. It’s important to find a practice strategy that works for your child.

Some people may find that practice papers are the best thing for them. Others learn better by playing games.

Take time to try out different strategies and find the best one for your child.

Step 5. Remember to Read the Questions

Under the pressure of tests, it is easy to skim-read a question and not fully understand what it is that you are being asked.

Taking the time to read each question thoroughly can ensure students avoid making mistakes when answering.

When going through practice questions, encourage your child to read each question twice before answering.

One of the most important things that a parent can do is read with their children. Reading a variety of books, both fiction and non-fiction, helps to build vocabulary and comprehension skills.

Just ten minutes a day looking at a book and talking about it can help to boost your child’s ability to answer word-based questions.

If your child struggles with reading, you could try reading to them and asking if they can identify particular words.

It has been well documented that sleep is vital for better performance. Without enough sleep, your child will find it difficult to concentrate and may have issues remembering information.

If your child struggles to settle at bedtime, there are a few things that may help:

Eating a balanced diet has been shown in studies to help with concentration and focus. This is why it is so important for children to eat well before they take tests.

A breakfast that includes protein and complex carbohydrates will help to give your child the energy that they need to perform at their best during the assessments.

Testing is a valuable part of any child’s education. When done regularly, it can give valuable insight into the areas a child may be struggling with and highlighting the children who may benefit from gifted and talented programs.

As a parent, it is a good idea to prepare them as much as possible before the assessments.

This enables students to feel calm and confident ahead of time and can mean that they are able to perform to the very best of their ability.

It is important to remember that each child is different, and finding a study method that works for them might take a little trial and error.

Taking the time to tailor a method to your child can help them in the future when they take further assessments.