The police psychological exam is one of the final elements of the recruitment process for US law enforcement.

It is a psychometric assessment that examines aspects of the candidate’s personality and behaviors to determine their suitability for the high-risk role of a police officer.

The information is also used to predict how they are likely to perform in that job under stress and over time.

The psychological exam does not test the candidate’s sanity, but it does assess their overall mental tendencies and stability.

What Is Being Assessed?

The police psychological exam assesses candidates across a range of personality traits and tendencies that are relevant to working as a police officer.

It does not use an academic pass rate, such as the generally accepted 70% pass for the police entrance exam. Instead, success in the police psychological exam relies on exhibiting the correct personality fit for a career in law enforcement.

The following personality traits and tendencies are likely to be assessed in the exam:

The three main elements of personal responsibility are:

You will be assessed on how well you can control yourself and if you take time to think through choices or solutions, instead of acting in an impulsive, erratic manner.

Police work can be a stressful career path to follow, so it is important that police officers have or develop emotional resilience.

Emotional resilience is the ability to adapt to stressful situations without experiencing long-term damage or difficulties.

Emotional intelligence can be broken down into the following factors:

Stress tolerance is the ability to remain calm and in control when faced with stressful, tense conditions.

As a police officer, the ability to check your own reactions and impulses, and how you may appear to others, is a useful skill to possess.

A highly self-aware person is able to:

A compliant individual keeps to the rules and respects authority.

As a police officer upholding the law, compliance is an important personality trait for which to score highly in the police psychological exam.

A career in law enforcement is not simply about upholding the law. It is often a means of supporting the general public and providing advice.

Police officers must also be willing to support their colleagues.

As a police officer, you will be expected to act without bias, that is, without prejudice for or against any demographic or individual.

Your level of personal bias and how easily you are swayed by opinion over fact will be assessed.

Courage is the willingness to face stressful and sometimes frightening situations regardless of the risk of harm to oneself.

The extent to which you adhere to the truth, respect the concept of honesty and have personal integrity will be assessed in the police psychological exam.

What to Expect In a Police Psychological Exam

The overall psychological assessment will generally be a combination of at least two of the following:

For instance, the NYPD psychological assessment of candidates entails the written test and the one-to-one interview.

The exact specifics of the written psychological exam may vary from US state to state.

The test is either paper or computer-based and consists of questions that ask you to answer within a five-point range from ‘strongly agree/like me’ to ‘strongly disagree/unlike me’.

The time limit for the written psychological test will vary depending on the US state but it may take several hours to complete the entire psychological assessment.

How open are you to experiencing the world around you? Measured from ‘open’ to ‘closed’.

How dependable, organized and self-disciplined are you? Measured from ‘conscientious’ to ‘spontaneous’.

How do you interact with other people and to what extent do you seek stimulation from others? Measured from ‘extraverted’ to ‘introverted’.

How do you behave in relationships with others? Measured from ‘agreeable’ to ‘hostile’.

How well-balanced are you emotionally and to what extent are you affected by stress? Measured from ‘stable’ to ‘neurotic’.

In a high-risk job like a police officer, a low neuroticism score would be preferable to ensure emotional stability and self-control. 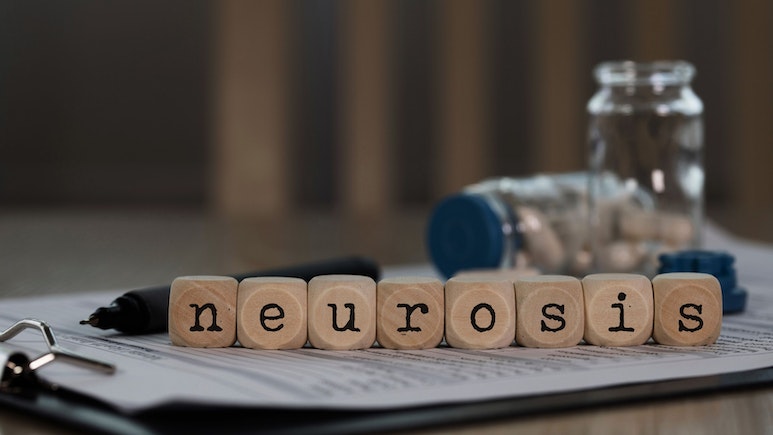 How to Prepare for the Police Psychological Exam in 2021

An unfavorable score in one personality trait on either test format does not necessarily signal unsuitability to work as a police officer.

Instead, the candidate’s suitability is based on the complete picture of their entire personality along with the results of the one-to-one interview.

Take a look at the example questions below to get an idea of what to expect in the police psychological exam.

3. I would rather spend time with one or two people than with a large group of people.

5. I find it difficult to concentrate in stressful situations.

How to Prepare for a Police Exam

The police psychological exam is not a test in the traditional sense of the word, so you cannot revise for it in the way that you would for an academic exam.

However, there are still things you can do in the run-up to the test.

The format that the police psychological exam takes will vary depending on the specific US state. Avoid facing the exam blindly by finding out as much information as you can from the police department you have applied to.

Research the role of a police officer too. What type of personality makes for effective law enforcement?

There is no way to predict what questions you will be asked as part of the police psychological exam. However, you can prepare by familiarizing yourself with the format of the test.

Source and sit as many practice papers and sample questions as you can to reduce exam tension and panic on the day. Facing a familiar exam format will make you less likely to misread questions or jump to extreme answers.

Practice papers and sample questions can be sourced from:

You may also be able to source practice resources from the police department you have applied to.

Step 3. Practice Against the Clock

The time limit of the written psychological exam will vary between US states, but that does not stop you from setting yourself a time limit to complete a practice paper.

Timed practice will improve your ability to read and answer questions accurately at speed. Start with answering 50 questions in 15 minutes and build up to 100 questions.

Be honest with yourself as you consider how your personality might be suited to work as a police officer.

Look back at the NEO-PI and MMPI personality factors that are assessed. How might each apply to police work? Consider your own personality in the light of those factors.

Step 5. Look After Yourself

Give yourself the best chance possible of demonstrating who you are by looking after yourself in the run-up to exam day:

When the day of the police psychological exam arrives, you can further improve your chances of effective performance by taking advantage of the following advice.

When you applied to work as a police officer, you will have received information on exam conditions and what you can expect from the recruitment process. One detail included in this material is how you are expected to dress for each stage.

On the day of the police psychological exam, make sure you adhere to those guidelines but wear clothes that make you feel confident.

Answer Honestly and Be Confident

This is not an academic test. The purpose of the police psychological exam is to build a picture of who you are as a person and whether you are a good fit to work in law enforcement.

Each stage of the psychological assessment – questionnaire, written exam and interview – carries a number of validity checks that will assess the honesty of your answers. Trying to cheat the test will generally be picked up on and count against you.

Answer honestly and be confident in who you are.

Avoid Too Many Extreme Answers

Instead of ticking each question at speed in a panic, consider your answers.

It may be that your answer is a ‘strongly agree’ or ‘strongly disagree’, but there may also be a nuance to your actual personality trait that pushes the honest answer closer to the middle of the scale; for instance, ‘like me’ instead of ‘strongly like me’.

The police psychological exam may be difficult to prepare for, but it can be best handled by using practice papers to become familiar with the format, considering your personal traits and behaviors before the exam day, and answering all of the questions with complete honesty.