What Are Non-Verbal Reasoning Tests?

Non-verbal reasoning tests are a category title, rather than a single test. The term refers to the following different tests, among others:

Non-verbal reasoning tests are designed to measure an individual’s ability to problem-solve and analyze visual information, such as diagrams and patterns.

They do not rely on technical or industry knowledge, language or mathematical skills, but simply an individual’s reasoning capability and, it could be argued, intelligence.

When Can You Expect to Take a Non-Verbal Reasoning Test?

Employers, universities and schools use non-verbal reasoning tests in their application processes.

This type of test stands alone; it is not something that can be studied for, and therefore it provides companies and institutions with a true picture of an individual’s abstract thinking ability.

Questions in a non-verbal reasoning test are presented visually, asking the candidate to make sense of a diagram or a pattern, and solve the problem using logic.

These tests are most popular in technical industries where logic, problem-solving and strategy are essential skills – such as engineering, IT or in the military.

However, given the power the tests have in exposing an individual’s true, raw ability, they are growing in popularity throughout many different sectors.

Inductive reasoning tests, for example, measure an individual’s ability to be flexible when faced with unfamiliar information and come up with solutions.

This type of test is useful to organizations in a wide range of different industries; especially ones that require adaptable individuals who are motivated to find a solution to a problem.

The types of questions you might find in a non-verbal reasoning test include:

Some employers use paper tests, whilst others opt for online versions.

There are often more questions than most people could complete within the given time; the tests are all about assessing an individual’s accuracy and speed.

Below are three non-verbal reasoning examples. Below each question is an answer and an explanation.

Which shape completes the grid? 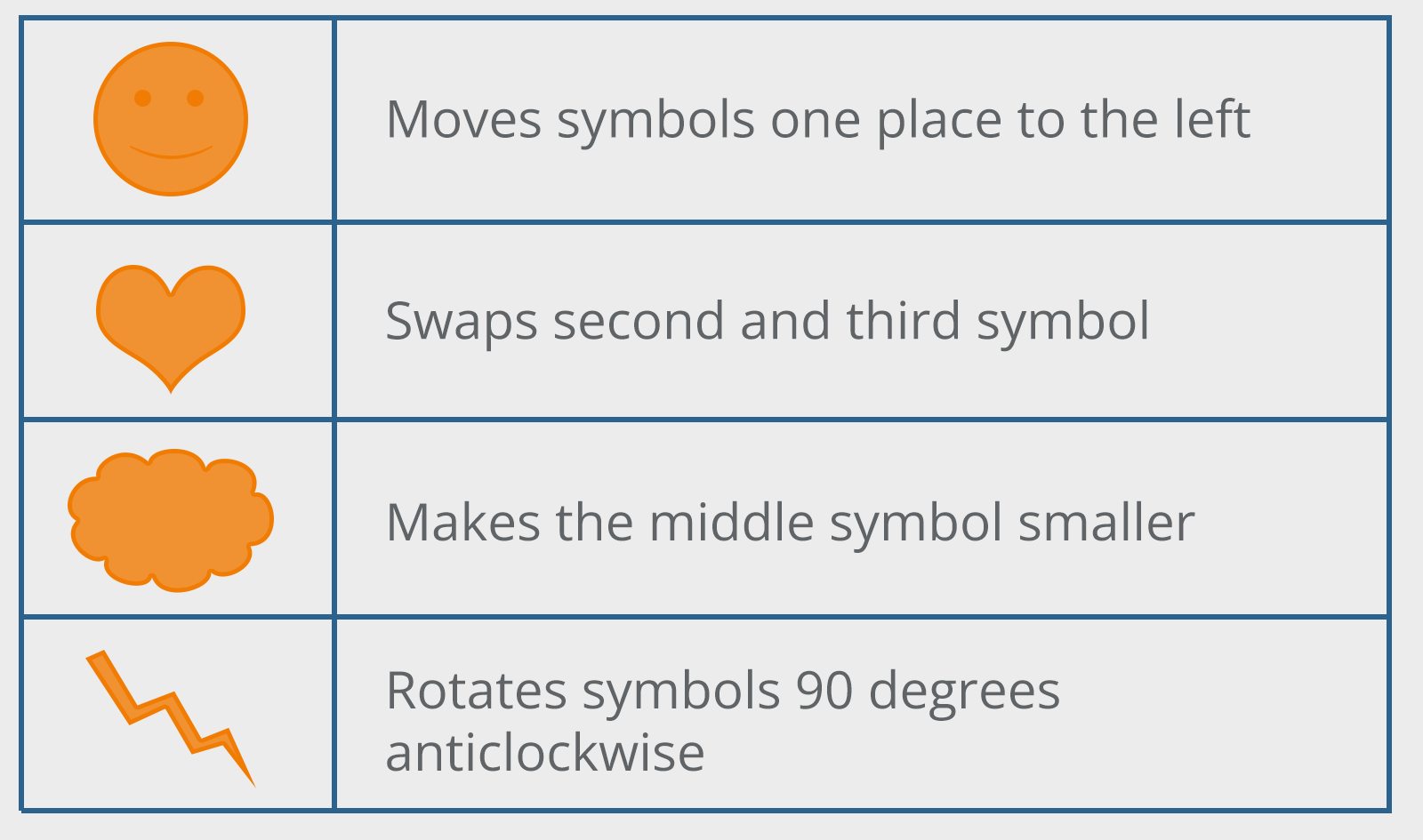 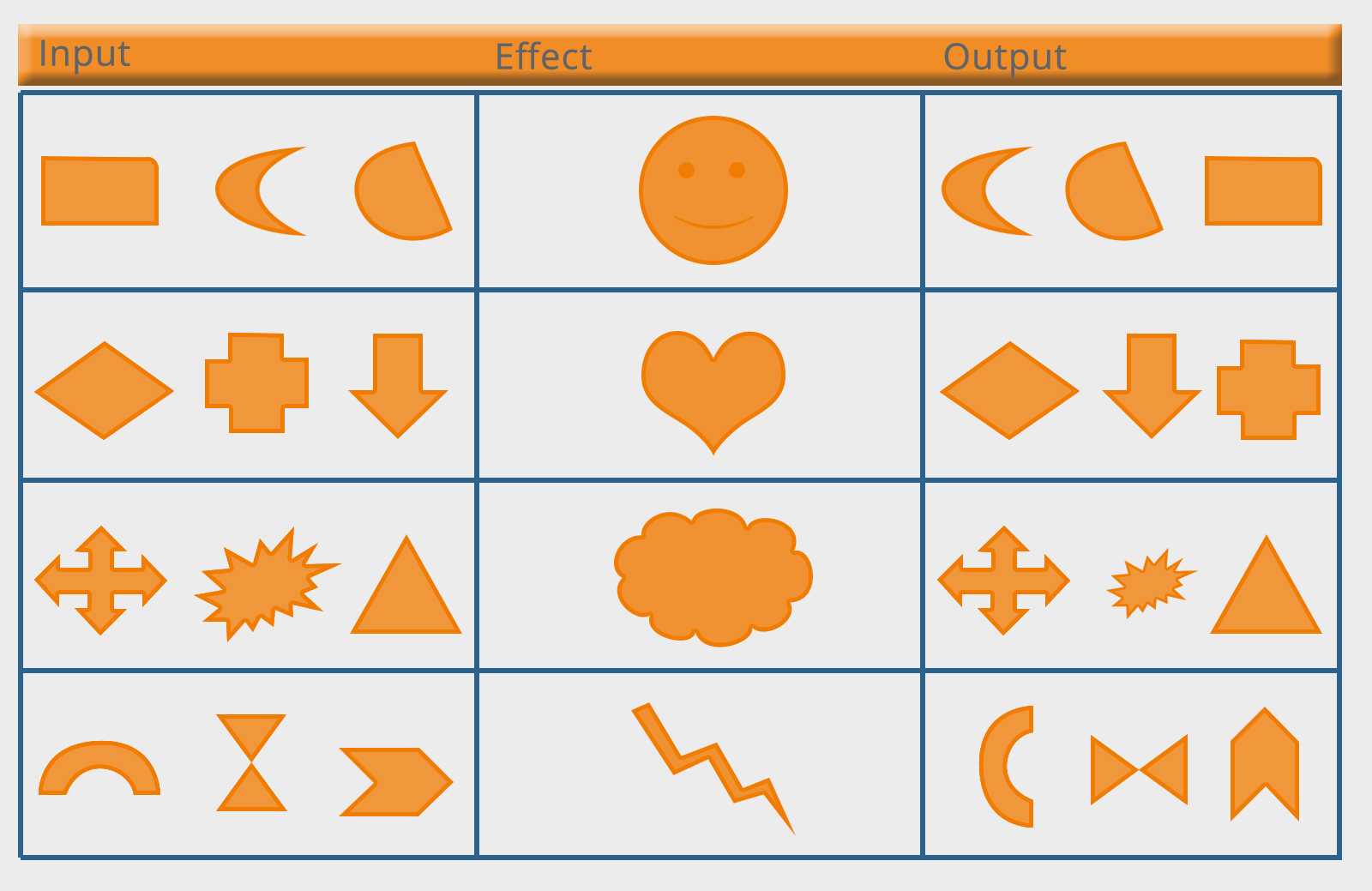 Which shape replaces the question mark?

Identify the next box in the sequence.

How to Pass Non-Verbal Reasoning Tests

These types of tests are valued because they cancel out the need for existing knowledge.

Whilst it is not possible to revise for the tests, there is preparation you can do.

A crucial element of preparation for a non-verbal reasoning test is to familiarise yourself with the format.

At first glance, a test of this kind can be extremely daunting; it’s easy for panic to set in, which is not conducive to logical thinking.

By looking at the types of questions you will be faced with, you will become more comfortable with the format and be able to think clearly when under pressure.

Working through practice tests can help condition your brain to the question types and enable you to get to an answer quicker.

Non-verbal reasoning tests offer an employer or institution a window into the mind of an individual.

A simple test can reveal how effective the person is at problem-solving, whether they can work methodically, how well they cope with visual information and the speed at which they can find solutions.

These types of tests are growing in popularity across all industries, because of their value to organizations.

An employer can ask the question, “Do you consider yourself to be proficient at problem-solving?”, and you can have a perfectly crafted response detailing your abilities.

Yet is only when they put a problem in front of you and ask you to solve it, that they truly know your capabilities.