Should you wish to work as a police officer in the US, you must first pass a police entrance exam as part of the recruitment process.

The actual exam will vary depending on where in the US you apply to work in law enforcement.

Passing the entrance exam is just one factor of eligibility to work as a police officer in the US. Other factors include:

Generally, a score of 70% is required as a minimum pass rate.

Still, the high number of Americans seeking to work in the US police force means the higher the score you attain, the better your chances of recruitment will be.

What to Expect on a Police Entrance Exam

The exact format of the police entrance exam differs from state to state.

However, the purpose of all of the entrance exams is to assess whether you are suitable to work as a US police officer.

Whichever police entrance exam you take, it will cover the following topics:

You will be assessed on your basic math skills, including addition, subtraction, division and multiplication.

Generally, you will not be allowed to use a calculator; however, a paper for workings out will be provided.

The following items are stolen from a property:

1. What was the total value of all the stolen goods?

2. Which is the least expensive stolen item?

As a police officer, you will be expected to possess the ability to express yourself clearly and accurately, both verbally and in writing.

You will therefore be assessed on your vocabulary, grammar and spelling.

1. In the following sentence, choose the correct missing word.

Burglary is committed when a person enters or remains in a building ____, with the intent to commit a crime.

2. Which word in the following sentences is misspelled?

Police officers respond to the scene of a burglery. Four witnesses give varying accounts of the incident.

This type of question assesses how well you can gather information from written sources, relay that information clearly and draw logical conclusions.

Police officers investigate a burglary at Apt 3, 672 West Avenue. They discover that the door has been forced open.

The tenant, Miss Moore, states that she was at work, leaving at 8.30 am and returning home at 6.00 p.m. She tells the officers that her jewelry and a brand new tablet are missing.

Upon interviewing the residents who live on the same floor, they receive the following witness reports:

Mr Jarvis in Apt 1 states that he has been at work all day. He saw Miss Moore leave in the morning when he went to work.

When he came home at 4.00 p.m., he saw nothing suspicious, but he does not pass Miss Moore’s apartment to reach his own.

The resident of Apt 2 is out.

Mr and Mrs Holmes, a retired couple living in Apt 4, state that they heard movement in Miss Moore’s apartment around twelve.

However, they did not hear the door being forced open. They had been watching the TV with the volume turned up loud before turning it off to have their lunch.

Miss Lane in Apt 5 states that two young men passed her in the corridor when she left to go to work just before 11.30 a.m.

They were both white, in their early twenties or late teens, and dressed casually. She had never seen them in the building before.

1. According to the passage, the two young white men seen by Miss Lane must have burgled Miss Moore’s apartment.

2. According to the passage, who is known to have left the building during the day? 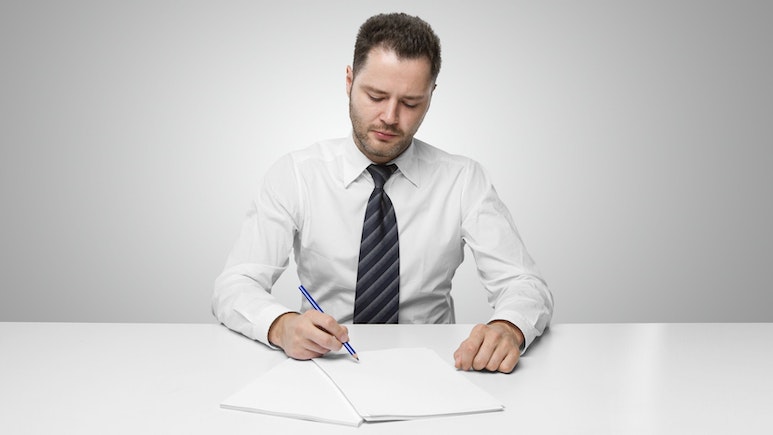 How to Prepare for the Police Exams

This type of question will assess the level of your memorization skills and how well can you recall details from what you encounter.

Generally, you will be presented with a video, a photograph or a sketch.

Once the viewing time has ended, you will be asked memory-based questions.

For example, if they change their hair color, wear a hat or attempt to disguise their appearance in some other way.

Questions will generally feature a visual aspect such as a photograph, sketch or video.

In this context, 'orientation' means how well you can judge where you are in relation to another item or how easily you can identify your location and therefore plot an efficient route.

You will generally be provided with a map or floorplan and asked to answer questions.

Police officers rely on being able to:

This part of the police exam will test all of those skills.

You will generally be presented with a typical scenario faced by the US police and asked to consider the correct response based on the information provided and US legal policy.

How to Prepare for a Police Exam

If your career of choice is to work in law enforcement, preparing for the entry exam is an important factor in giving yourself the best chance possible of recruitment into the US police force.

Prepare for the Police Exams with JobTestPrep

Step 1. Source Information on the Exam

The format of the police entry exam will vary depending on which state you wish to work in.

Therefore, contact the police department you want to apply to for full details on:

If they do not provide a study guide, they may be able to point you to third-party testing guides instead.

Creating a study plan can remove any excuses that might prevent you from setting aside time regularly to prepare for your police entrance exam.

Mark it in your diary and keep to it.

Build familiarity with the kind of questions you will face in the police entrance exam using practice papers.

Some of these are available free of charge, while others will cost a fee or subscription.

Other than the police exam study guide from the relevant police department, you may also be able to source practice papers and sample questions from:

One of the biggest causes of exam-tension is the time element.

Using practice papers can help with this as it provides you with an idea of how well you can perform within the exam time limit.

Timed practice also demonstrates how long it might take to answer each question and improves your ability to work at speed.

This allows you to put together a time plan for the actual exam so you know how long to spend on each section.

Memory games can be an ideal way to improve your memorization and observation skills.

Step 6. Find Out What to Expect on the Day

Practice papers are ideal for relieving exam tension by building familiarity with the exam format.

Another way to help remove stress is to find out precisely what will happen on exam day.

Working for the US police force is a popular career option.

It receives many more applications each year than there are positions to fill.

The exam is one of the more difficult career entrance tests. Therefore, provide yourself with the best chance possible of success by thoroughly researching and preparing for the exam well in advance of the day.