What Is the CAT4?

The Cognitive Abilities Test (CAT4) is similar to an IQ test and is given to students throughout the UK and Ireland between the ages of 6 and 17. The test is used by more than 50% of UK secondary schools.

The test was developed by GL Assessment and is often used as an entrance exam to private and public schools. Its aim is to identify the abilities and learning potential in students.

While the test can highlight weaknesses, it also identifies how students best understand and learn. This allows teachers and staff to offer better support as well as tailor some of their teaching to the needs of their students.

The CAT4 Level A exam is based on the work done in Year 4 in the UK, or Primary 5 in Scotland, aimed at children aged seven to nine.

What Does the CAT4 Level A Exam Contain?

There are several sections and subsections on the CAT4 Level A test.

Four types of questions are separated into three parts:

This battery aims to measure:

1. Please choose the word that best fits the relationship:

a) Bugs
b) Insects
c) Things that are small
d) Arachnids

This battery examines problem-solving skills as well as pattern recognition using shapes. Both of these skills are used in mathematics and science. 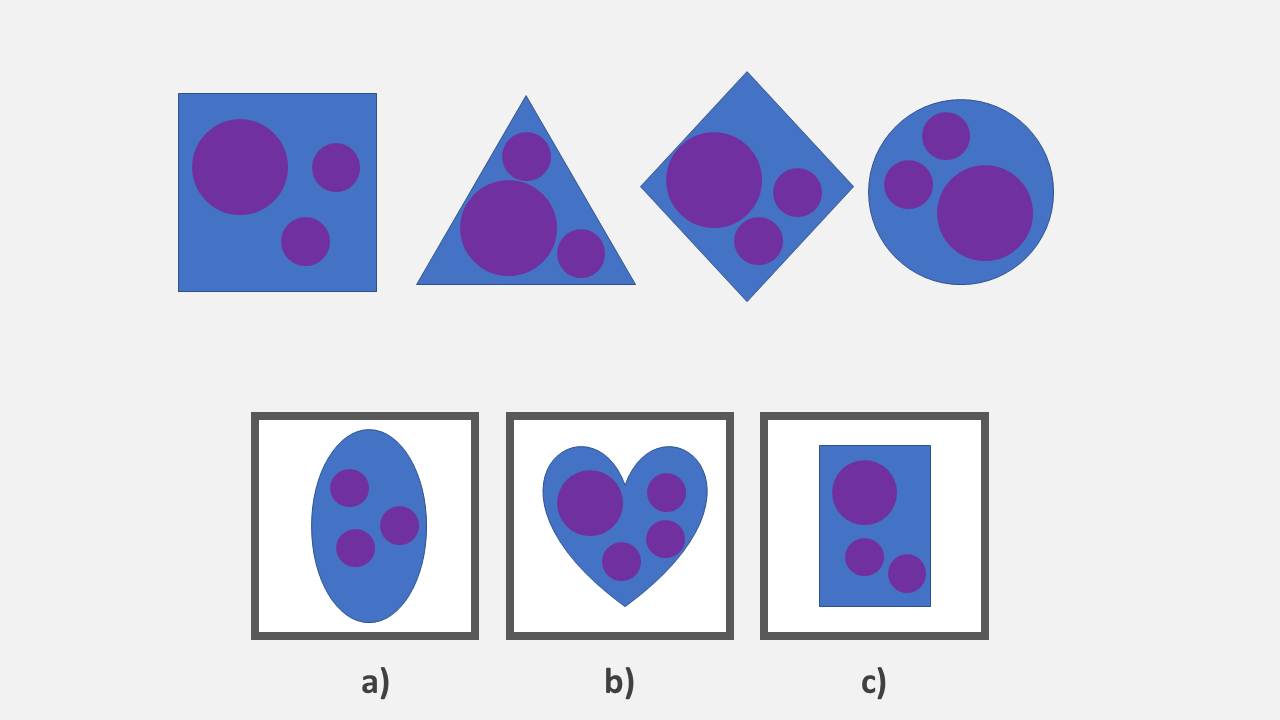 The four shapes at the top all relate to each other. Figure out the relationship and choose the image that fits in this group.

1. Please choose the next number in the sequence:

2. Please choose the number to make the equations equal.

Mental rotation, recognition of shapes within larger figures and more are all tested here. The ability to carry out tasks and think in three dimensions is tested. 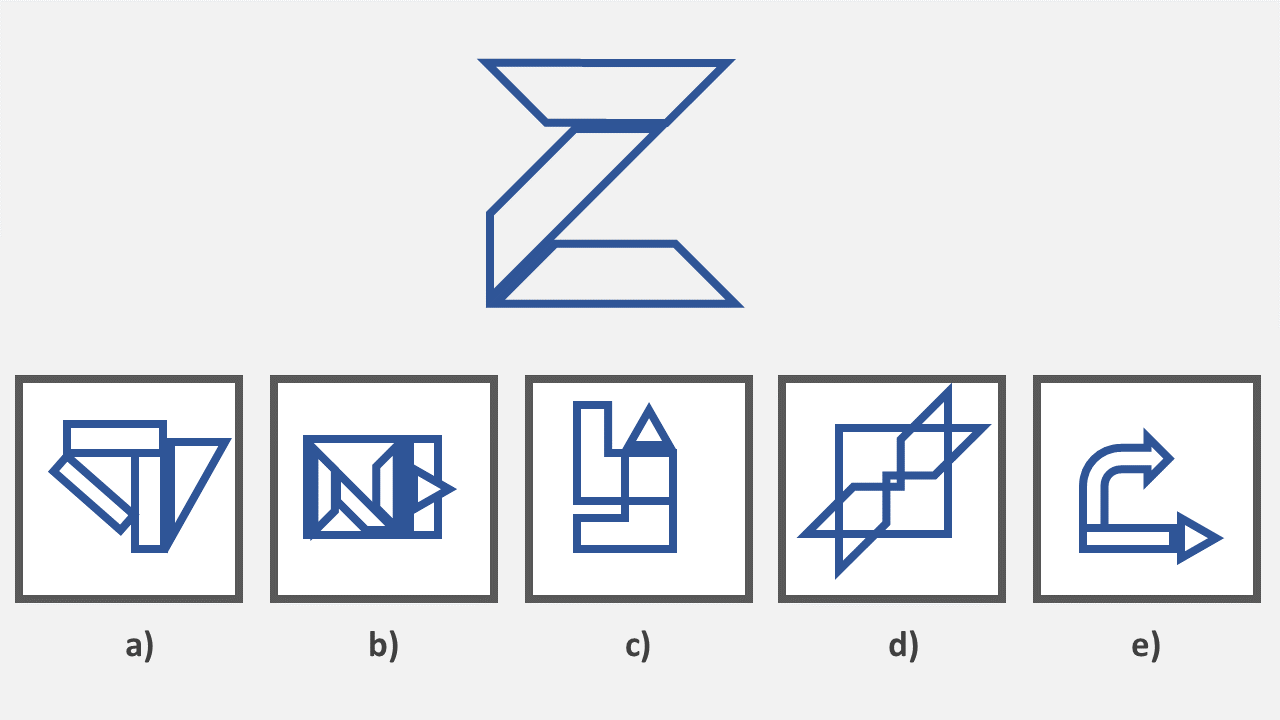 2. Take a small square piece of paper and fold it. Punch a hole in the paper. What will the paper look like when unfolded? 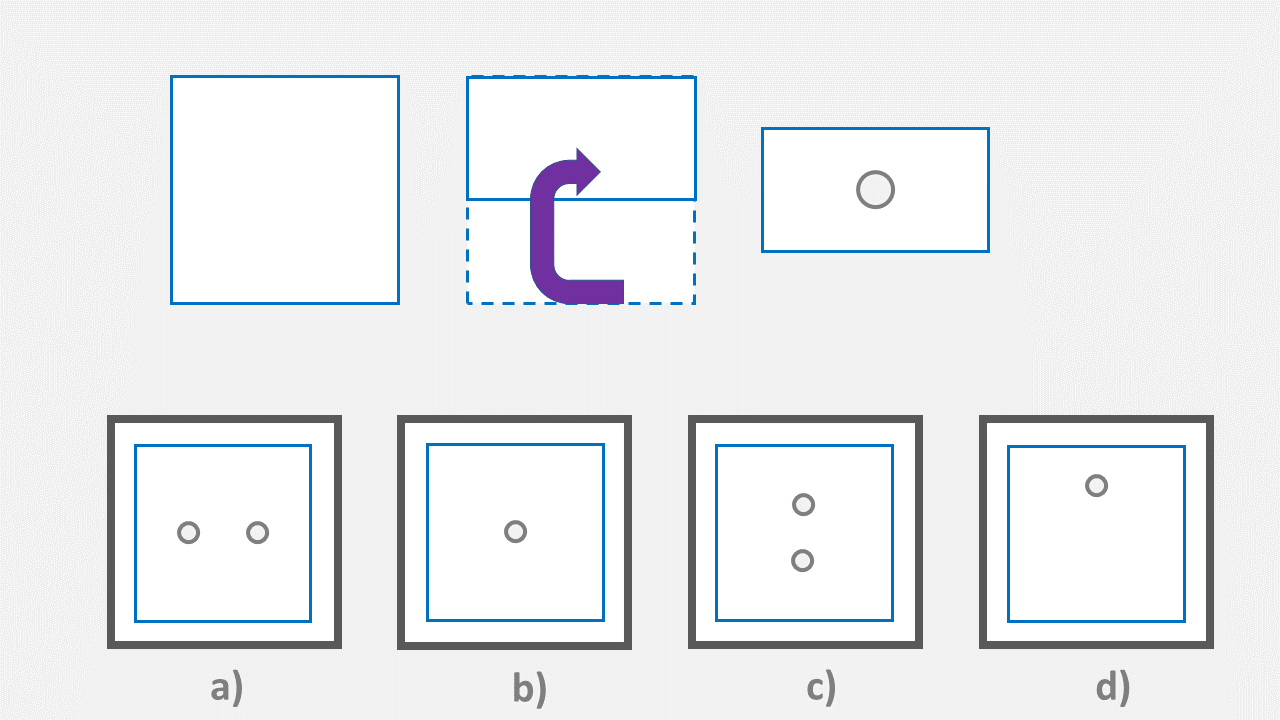 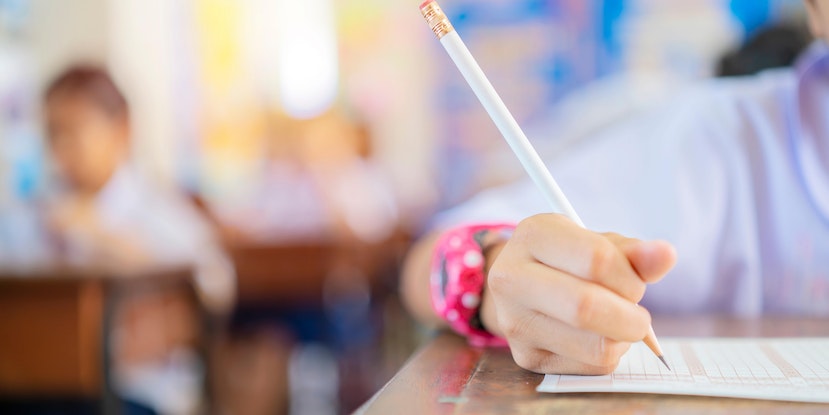 How to Pass the CAT4 Level A Test

How Is the CAT4 Scored?

Knowing how the CAT4 is scored can be important to passing it. The tests are marked as a raw score and moderated into a final score using a comparison with a national percentile score. It is then grouped into a stanine score.

The raw score reflects the number of questions that are correctly answered. The scores are then compared to the scores of other students who are the same age. Three normative scores are calculated to look at how the student performed:

How to Pass the CAT4 Level A

Taking any type of test can be stressful for children. Taking an entrance exam such as the CAT4 could be even more nerve-racking. There are some ways you can help your child to prepare.

Not knowing what to expect can cause anxiety. Having your child sit a practice test, under the same time constraints as the real test, can help your child in a few ways.

It can give them an idea of what to expect on the day of the test, and it can identify areas of strength and weakness in the questions. This can help pinpoint areas to study further.

Encourage your child to read the questions as many times as they need to understand what is being asked. Taking the extra time in practice to gain an understanding will help your child move quicker when taking the actual test.

Try to work some study into things your child may already do. Instead of looking through YouTube, have them play some educational games, put some educational apps on their phone or iPad and provide them with more educational reading material.

Don’t spend more time than needed on any one question. Remember that the test is timed and any extra minutes spent on a question or section will take time away from the rest of the test.

Tackle the easier questions first and then move on to the harder ones, which you can devote a bit more time to.

Step 5. Sleep Well Before the Test

Step 6. Be as Prepared as Possible

Fill out any necessary forms well in advance so you do not need to take care of it on the test day. Eat a healthy breakfast and have clothing set out ready to wear to start the day off as stress-free as possible.

Knowing what the test contains, how long it is and how long to spend on each section, as well as practicing some sample questions, can all help a student feel more prepared.

A prepared student is a successful student, not only on the CAT4 Level A test, but on future tests as well.