All applicants need to take a test when applying to the US Air Force. This test is known as the Armed Service Vocation Aptitude Battery (ASVAB).

What Is an Air Force Test?

Each part of the military has its own ASVAB test. As with all ASVAB tests, the Air Force ASVAB is an ability test that assesses the applicant’s skills and knowledge against key characteristics for jobs in the Air Force.

What Can I Expect From an Air Force ASVAB?

There are three types of Air Force ASVAB:

Each of these tests differs in format, but they are all timed and consist of multiple-choice answers.

The aptitudes and knowledge assessed in these tests fall under four domains. The test is broken down into subsections that assess each of these primary abilities:

The CAT-ASVAB is a computerized version of the test.

Applicants sit this test at a military processing station or a military entrance test site, depending on which is closest to where they live. It is proctored, that is, somebody will watch those sitting the tests.

The test is timed and consists of adaptable questions. This means that the questions are dependent on how well a candidate is performing on the test. If a candidate is doing well, the subsequent questions will get more challenging.

The CAT-ASVAB usually takes around two hours in total. Once a candidate has finished one section of the test, they can move on to the next section. After submitting an answer to a question, it is not possible to go back and change your answer.

The paper-and-pencil ASVAB is similar to the computerized ASVAB but, as is clear by the name, you use paper and pencil. This test differs from the CAT-ASVAB because the questions are set and not adaptable (they don’t increase or decrease in difficulty).

Candidates can return to any questions they have missed out or want to re-check.

This test is also a proctored test and takes around three to four hours to complete.

The PiCAT differs from both the computerized and paper-and-pencil versions of the ASVAB in that it is not proctored. Applicants can take the test from any location, such as their home.

If an applicant decides to sit a PiCAT Air Force ASVAB, they will need to sit a verification test which lasts around 20 minutes.

This ensures that when applicants sit the PiCAT, the Air Force can be sure it is the applicant sitting the test and not someone else taking the test on their behalf.

What Types of Questions Are in the ASVAB?

The types of questions vary according to whether a candidate is sitting the CAT-ASVAB or the paper-and-pencil ASVAB. The test is split into 10 subsections.

The General Science subset falls under the Science and Technical domain.

There are 15–30 questions (depending upon the number of try-out questions) in this subset for the CAT-ASVAB. The paper-and-pencil ASVAB has around 25 questions.

All questions relate to science as a whole. Topics asked could include but are not limited to temperature, gases or the human body.

What temperature would water boil at if being measured in Fahrenheit?

Which blood type is considered a universal recipient?

The Arithmetic Reasoning subset is part of the Math domain. Candidates are expected to use their arithmetic knowledge. Questions are formatted as word-based questions with multiple-choice answers.

A sandwich maker estimates she can make 15 sandwiches an hour. At this rate, how many hours would it take her to make 900 sandwiches?

The Word Knowledge subset falls under the Verbal domain. Candidates need to read a sentence and replace one of the words in the sentence with another word with a similar meaning (a synonym).

There are around 30–35 questions in the Word Knowledge test for both the computerized and the paper-and-pencil versions.

As with all of the ASVAB tests, the total number of questions in the computerized version depends on the number of try-out questions.

An example of a Word Knowledge question is:

The Paragraph Comprehension test also falls under the Verbal domain.

Questions are asked that assess a candidate’s understanding of a passage of text and whether they can infer the correct meaning from it.

There are 10–15 questions in this test for both the computerized and the paper-and-pencil version of the Air Force ASVAB.

Questions such as the following could be asked as part of the Paragraph Comprehension test:

Based on the passage above, which of the following is not a year that the Winter Olympics took place?

The Math Knowledge section tests the candidate’s ability to apply basic math principles and solve math-related problems. Questions could be based on topics such as volumes, ratios or fractions.

There are 25–30 questions in the math test. The time limit for this subset varies between 24 and 47 minutes, depending on the type of test variation.

Which of these fractions is the largest? 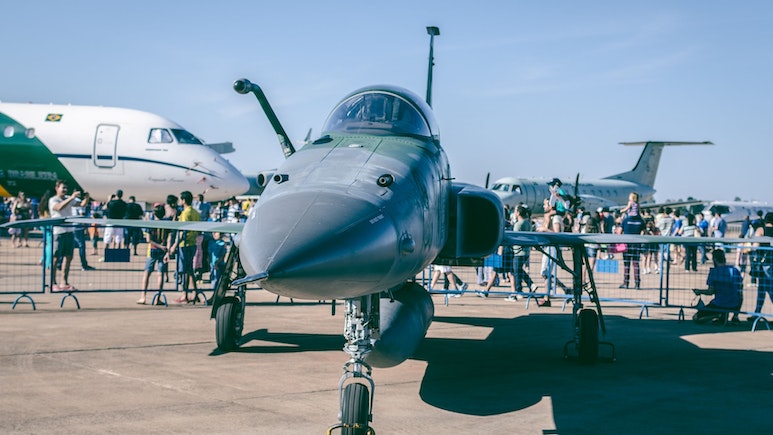 What is the square root of 81?

Part of the Science and Technical domain, this subset looks at a candidate’s knowledge and understanding of electronics and electricity.

There are 20–30 questions and a time limit of 9–21 minutes, depending on the test format.

What unit do you use to measure electrical current?

42 cycles per second is equivalent to how many hertz?

The Auto Information test falls under the Science and Technical domain. This test assesses a candidate’s knowledge of the technology used in cars.

There are up to 25 questions in this Air Force test.

What system is a car radiator part of?

What is the part of a tire that grips the wheel called?

This test is also part of the Science and Technical domain. It looks at a candidate’s understanding of shop information, pricing and related terminology.

What tool would you use to join metals for electrical connections?

The Mechanical Comprehension subset assesses a candidate’s understanding of physical and mechanical principles. There are 25–30 questions.

Which is an example of centrifugal force?

In a block and tackle system, what is the minimum number of pulleys?

The Assembling Objects test falls under the Spatial domain. This test looks at a candidate’s ability to view objects from their component parts.

Images of shapes are presented to the candidate in the form of diagrams.

Candidates then need to pick the answer that shows which object they believe the component shapes will make once assembled.

There are 25–30 questions in this test, again depending on whether candidates are sitting a paper-and-pencil version of the test or a computerized version.

How Is the Air Force ASVAB Scored?

After sitting the Air Force ASVAB, a candidate’s scoring is split into two group scores:

To be accepted into the Air Force, an overall ASVAB score of 31 is required if you are at high school. For those with a GED diploma, a score of 50 is required.

The ASVAB score is then further broken down into the Air Force Speciality Code scores. Each group contains the specific subsets that the ASVAB has assessed. This determines what jobs in the Air Force a candidate is offered.

The higher an applicant’s qualification area score, the more types of Air Force jobs they will be offered.

How to Prepare For an Air Force Test

It is important to perform well in all parts of the Air Force ASVAB. The higher the score attained, the more types of jobs a candidate will be offered.

There are many ways that candidates can prepare for an Air Force test.

Understanding the format and style of questioning is very important when sitting the Air Force ASVAB.

When practicing, candidates should consider what format of test they will be taking when taking the test for real. This format, whether computerized or paper-and-pencil, should then be practiced prior to taking the test itself.

Practicing in this way also enables candidates to see where there may be gaps in their current knowledge. They will also learn what principles, maths or arithmetic they may need to revise the most.

There are many practice Air Force ASVAB tests available online, but it is best to review sample questions on the official ASVAB and Air Force websites. This is to ensure that the level of complexity being practiced is the same level as the questions in the test itself.

The Air Force ASVAB assesses a candidate’s ability and knowledge in many different areas.

Some of these areas focus on basic principles that were taught in school, such as math and electronics.

Once you have completed a few practice tests, ensure that you also review relevant books or study packs. Become familiar with the basic concepts of maths and electronics.

Step 4. Learn the Formats of the Questions

Each subset has a different format of question. By understanding and becoming familiar with each, candidates can put themselves in the best position to perform well in the tests.

Step 5. Focus Equally on All the Subsections

To be offered a variety of Air Force jobs, you need to attain a good ASVAB score.

Improve your chances by ensuring that you prepare all subsets, including those that may not be an area of strength for you.

Use a study plan or timetable to help with this. This ensures that equal preparation time is given to all subsections being assessed.

Step 6. Practice Against the Clock

Try and simulate test conditions when practicing by doing it under timed conditions. As a candidate, it is important to understand the pressure that timed tests can bring and how to react in this situation.

If you are taking the computerized version, when answering the questions ensure that you press the correct keys when selecting the answer.

Step 8. Look After Your Health

Eat healthily leading up to your ASVAB, and try to get a good night’s sleep beforehand. This will help you to think clearly and feel less anxious.

The Air Force ASVAB is a test that assesses a candidate’s suitability for roles within the Air Force. There are 10 subsections that make up the overall Air Force test.

Practicing tests in each of these subsections, keeping calm, understanding the questions asked, and getting a good night’s sleep beforehand can help candidates ace their Air Force test in 2023.