What Are the Different Types of IQ Tests?

IQ tests (intellectual quotient tests) are designed to measure a person’s relative intelligence according to their answers to a set of questions.

IQ tests are available in a range of formats and can be used in the diagnosis of intellectual disabilities or to gauge an individual’s intellectual potential.

IQ tests can be administered to individuals or groups.

Why Are There Different IQ Tests?

IQ tests are developed by scientists, each with their own theories on intelligence and how they believe it can be tested.

Some tests are developed specifically for children or adults, whereas others are targeted towards a broader age range.

In some cases, the differences between IQ tests are linked to historical ideas about intelligence.

What Are the Different Types of IQ Test?

If you decide to take a free IQ test, you should be mindful that the results may not always be reliable.

Each test is slightly different with its own unique questions, although they are all designed to assess an individual’s general intelligence.

Some IQ tests are aimed at children for use in educational settings, whereas others are designed for adults in employment.

The Most Popular IQ Tests

Designed for test-takers aged between 16 years and 90 years and 11 months, the WAIS was first published by Dr David Weschler in 1955.

Originally created to assess cognitive ability, version IV was released in 2008 and remains in use today.

It is considered to be a useful tool in the diagnosis of intellectual disabilities; however, it can also be used to highlight giftedness, as well as areas of strength and weakness in cognitive ability.

The test is made up of 10 core subtests and five supplemental subtests.

Within each subtest, the questions become progressively harder as the test-taker moves through the test.

Scaled scores from the 10 core subtests are used to work out the test-takers ‘Full Scale’ IQ. A set of index scores is used to highlight the main components of intelligence:

In addition to the WAIS IV, Weschler has developed a range of other intelligence tests, notably the Preschool and Primary Scale of Intelligence (WPPSI) and Intelligence Scales for Children (WISC).

For older children, the WISC is suitable for children aged between six and 16.

Both the WISC and WPPSI tests are split into six verbal sections and five non-verbal sections. Scores can be obtained either for the individual subsections or for the test overall.

The results of these tests are useful in the diagnosis of learning disabilities and developmental delays.

However, they can also be used to highlight gifted children and to keep track of intellectual development. In people with neurological impairments, they can be useful as part of neuropsychological testing.

The results of these tests must be interpreted by a qualified psychologist.

Suitable for all age ranges from young children to adults, the Progressive Matrices were authored by John Raven and others.

First published in 1938, the test has seen many additions and changes through the years. This was a popular test within the British Armed Forces during the 1940s.

With a total of 60 non-verbal questions, the test can be administered in either individual or group format, with the timed version of the test taking 40 minutes.

There is also an untimed version.

The test is designed to assess non-verbal ability, which is considered to be an important marker in ethnically diverse populations.

Various formats are available, suitable for a variety of clinical, educational and occupational scenarios. These are:

This suite of IQ tests remains one of the most popular choices.

Suitable for children aged from two years, all the way up to elderly people in their 90s, these tests were first developed by Richard Woodcock and Mary Bonner Johnson in 1977.

The most recent update to the tests was published in 2014 and is known as version IV.

Three Woodcock-Johnson test batteries are available, which can be used on their own or in conjunction with others. These are:

The Tests of Cognitive Abilities are presented in multiple-choice format and must be administered by an educational psychologist, IQ testing center or other learning establishments.

Created in 1949 by Raymond Cattell, this non-verbal IQ test was developed to help measure a person’s cognitive abilities without influence from environmental and sociocultural factors. 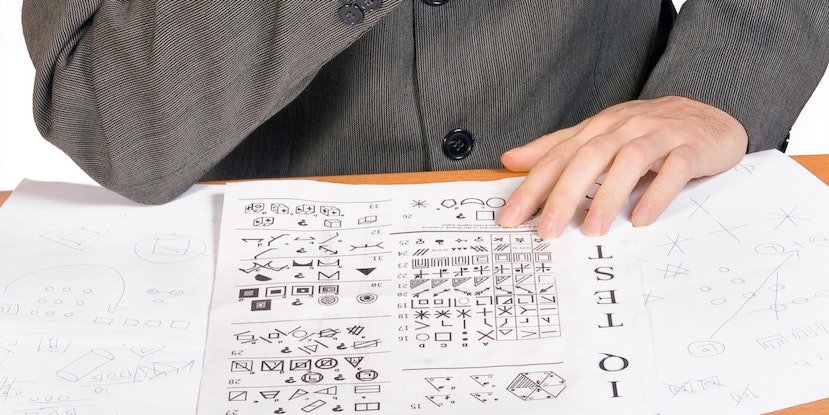 What Are the Different Types of IQ Tests?

The CFIT is available in three formats:

The tests are easy to administer, with test-takers simply being asked to select the correct multiple-choice answer for each question.

The questions are split into four subtests and presented using images and shapes.

Candidates must answer a total of 30 questions within a 30-minute time frame.

Results are scientifically validated and can be used to apply for admission into the International IQ Society.

These tests are often used in the selection of students for advanced programs, identification of learning disabilities, assessing success in secondary education and offering advice for career progression.

Suitable for people aged between five and 22, the results of this test provide a grade range result between kindergarten and twelfth grade.

Devised by Frederick Markwardt Jr. and first published in 1970, the most up-to-date iteration of the test is the Revised/Normative Update (PIAT-R/NU).

This test is individually administered and is untimed; however, it usually takes around one hour to complete.

It is designed to test academic skills, including reading, mathematics, writing and general knowledge.

Candidates answer questions from a flipbook and are asked to either point to their chosen answer or pick from a multiple-choice selection.

This test is useful for identifying an individual’s cognitive strengths and weaknesses; however, it can also be used in the diagnosis of learning disabilities.

This is one of the most popular IQ tests available.

Primarily aimed at children but suitable for anyone aged from 2 to adulthood, the Stanford-Binet assesses five areas of cognitive ability:

Test results from the Stanford-Binet can be used to identify gifted children and those with mental deficiencies. To obtain an accurate result, the test must be administered by an expert.

The Stanford-Binet was developed by Alfred Binet and Theodore Simon and was the first official mainstream intelligence assessment.

The first version was released in 1905 and comprised 30 questions, which progressively increased in difficulty.

The test supervisor would continue to ask questions until the test-taker was unable to answer.

By 1908, the Stanford-Binet test had collected sufficient data to identify the average level of intelligence amongst children in all age groups, thus defining the concept of ‘mental age.’

Since it was first released, the test questions have been updated on four occasions to account for changes in language, cultural difference and gender difference.

The first version of the UNIT test was created by Bruce Bracken and R. Steven McCallum in 1996.

The most up-to-date version of the test, UNIT 2, is suitable for children and young people aged between five and 21 years 11 months.

UNIT 2 offers a detailed assessment of a person’s non-verbal intelligence.

The format of the test is entirely non-verbal for both administration and responses.

This makes it a good choice for people with language deficits or hearing problems.

It also means that the test is accessible to people from a broad range of cultural backgrounds.

This test must be individually administered, and the assessor will use eight simple hand and body gestures to communicate the tasks to the test-taker.

To answer a question, the test-taker must either point, make a pencil mark or use manipulatives.

UNIT 2 can be used to predict academic achievement and distinguish between students with learning disabilities, intellectual disability, speech/language delays or giftedness.

The first iteration of this test was created as a ‘culture-free’ assessment of cognitive ability. It was developed by Canadian psychologist Douglas Jackson in the 1980s.

The current version of the MAB-II was first used in 1995. It assesses 10 separate areas of intelligence with scores assigned to two categories: verbal and performance.

Each subtest takes seven minutes to complete, and results are generated immediately.

As part of the recruitment hiring process, the MAB-II offers a valuable way to test and distinguish between individuals, particularly for job roles in law enforcement, military and general business settings.

This is the IQ test of choice for psychologists trying to obtain a thorough measure of a person’s intelligence or overall cognitive ability.

Suitable for people aged 16 and over, the full test takes around one hour and 40 minutes to complete.

A short-form version of the test is available and takes roughly 35 minutes.

Administering the MAB-II is straightforward and cost-effective, as it can be administered electronically and does not require facilitation by a person with a specialist degree.

When taking the MAB-II, test-takers can choose from three flexible report formats, which are basic, extended and clinical.

The most detailed option is the clinical report, which offers extra interpretive information, a graph of subtest trends and verbal/performance differences, as well as the raw test scores, standardized test scores, age-corrected scales and IQ results for the verbal, performance and full-scale batteries.

Despite being marketed as a culture-free IQ test, research has found that the performance of test-takers who lack reading proficiency may be negatively impacted.

Checking the test-takers reading proficiency prior to administration of the MAB-II test is the best way to gain an accurate and reliable test result.

The IQ tests discussed in this article are some of the most well-respected and popular options; however, there are many other more specialized versions.

If you need to prepare for an IQ test that is linked to a specific job role, industry or educational opportunity, it is important to do your research to find out which test is most likely to be used in your line of work or study.

IQ test scores are useful, but they should always be used in conjunction with other markers for cognitive ability.

If you are concerned about a learning or intellectual disability, you should always seek advice from a qualified doctor.

A doctor will consider your IQ score alongside other tests and medical observations.