What Are Best Practice Guidelines?

Personality tests have become a key part of the recruitment process in many industries. However, there are many areas of controversy relating to how effective they are in measuring a candidate’s true suitability for a role.

Some problem areas include:

With this in mind, best practice guidelines are essential for employers wanting to use these tests in the most useful and effective ways.

What Key Issues Must Be Considered?

The use of appropriate personality tests can help to increase both the perceived and actual fairness of the selection process.

However, there are a few issues to be considered in this area:

When Can Businesses Use Personality Tests?

For a company to legally defend its test use, it must prove that it is measuring important skills or aptitudes for effective performance in the job.

The United States Supreme Court has decided several cases that have clarified the place of employment testing in the context of discrimination law, in particular, for the discriminatory use of tests when considering employees for promotion by requiring tests beyond the education that may be required for the job.

A central finding is that the employer must be prepared to demonstrate that their selection process is job-related. 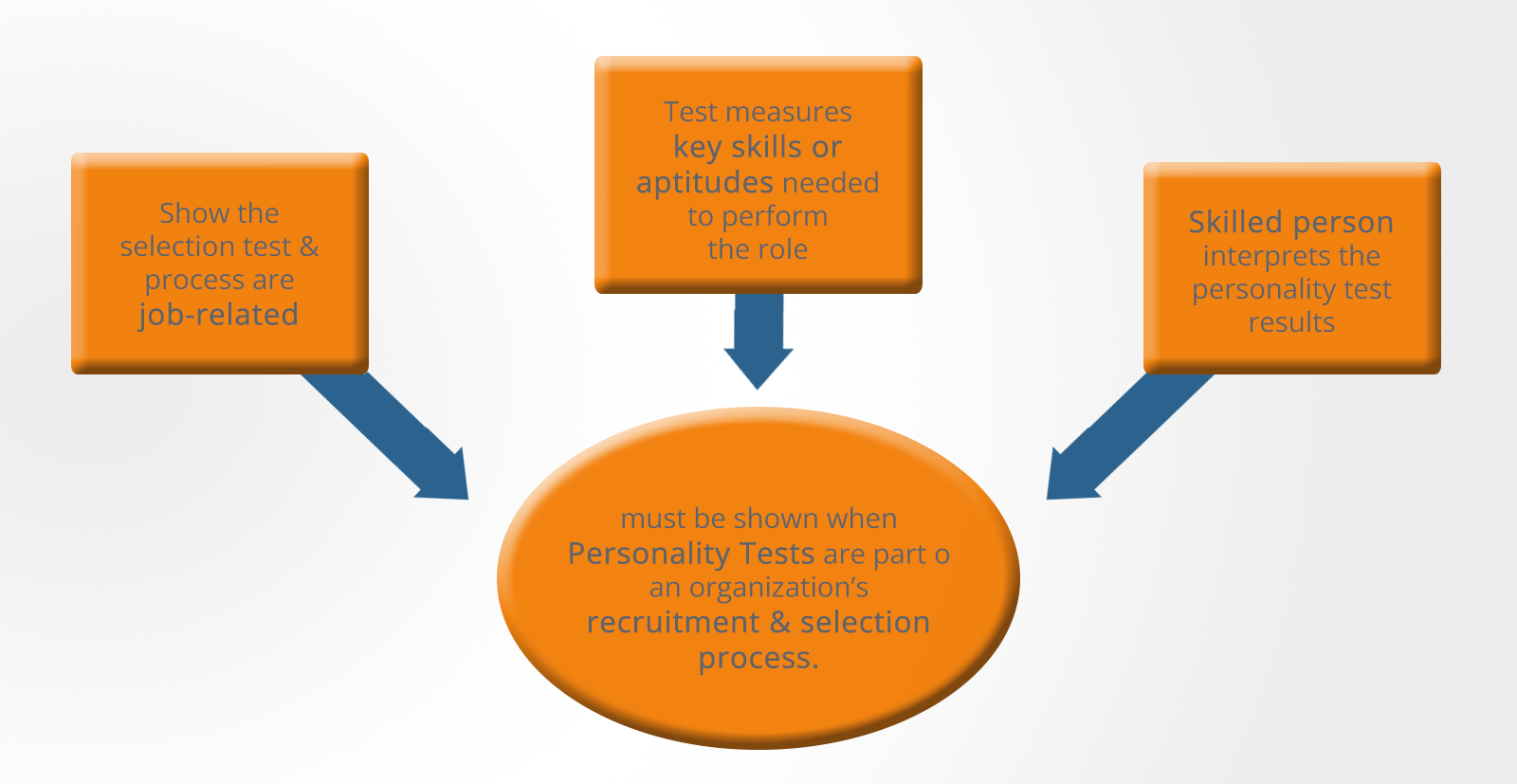 Personality tests may potentially be useful in personnel selection; of the 'big five’ personality traits, only ‘conscientiousness’ correlates substantially with traditional measures of job performance, but that correlation is strong enough to be predictive.

However, other factors of personality can correlate substantially with non-traditional aspects of job performance such as leadership and effectiveness in a team environment.

However, this can be considered by the Equal Employment Opportunity Commission as the employer knowing about a medical condition before an offer of employment, which is an illegal basis on which to base a hiring decision in the United States.

Notable situations in which the MMPI may be used, and is sometimes mandated, are in the final selection for police officers, firefighters, and other security and emergency personnel, especially when required to carry weapons.

In that context, an assessment of mental stability and fitness can be argued as ‘reasonably related’ and necessary in the performance of the job.

Here are some best practice guidelines that organizations should follow when using personality tests in their recruitment process:

Where Does This Leave You?

These claims usually promise to do more with less.

Common sense dictates that there is a limit to how much information can realistically be obtained from 20 to 30 minutes answering simple multiple-choice questions.

The danger is that the human resources personnel who buy these tests fail to apply the necessary degree of skepticism and job candidates have their futures decided, in part anyway, by a test that has little or no validity or reliability.

Personality tests present a challenge to those employers who want to use them fairly and well.

Primarily, they need to have HR personnel, preferably with detailed knowledge of personality questionnaires, who can make realistic evaluations of the various offerings from test suppliers and then administer the tests properly and professionally.