What Is the Kindergarten CCAT Test?

The CCAT, or Canadian Cognitive Abilities Test, is an assessment used to evaluate children’s progress throughout their time in school.

Children taking the CCAT will be asked questions that are split into three separate batteries of assessments: verbal, non-verbal and quantitative.

Because the CCAT is administered to children in every year of their education, there are different tests for each grade. This is to ensure that the questions asked are relevant to the expected level of learning for each year group.

Educators use the scores gained in the CCAT to see whether a child is learning at the same level as their peers. Those who perform above average can then be entered into gifted and talented programmes.

Children who are struggling can be identified using the results from their CCAT and extra support can be provided.

What Does the Kindergarten CCAT Test Contain?

The CCAT is made up of three separate batteries of questions. These can be administered separately or all at once.

Children in Kindergarten will usually take one battery at a time due to their limited ability to concentrate for long periods of time.

Because many children in Kindergarten will have very limited reading ability, the majority of the assessment is not word-based.

Any instructions that need to be read will be read aloud by the test administrator.

The verbal battery is designed to evaluate a child’s verbal and language skills.

The test administrator will read a sentence aloud to students. They will then need to select the correct answer from a series of images.

Children will be shown a series of questions that contain four boxes.

Three of the boxes will have images in them.

Two of those images will be related.

The task is to decide how they are related and choose the correct fourth image from a selection of options.

Each question in the picture classification section of the verbal battery will contain images that are related in some way.

Students will be then shown a selection of possible options, one of which is related to the initial images.

They need to correctly identify how the original images are related and choose the correct option from the selection shown. 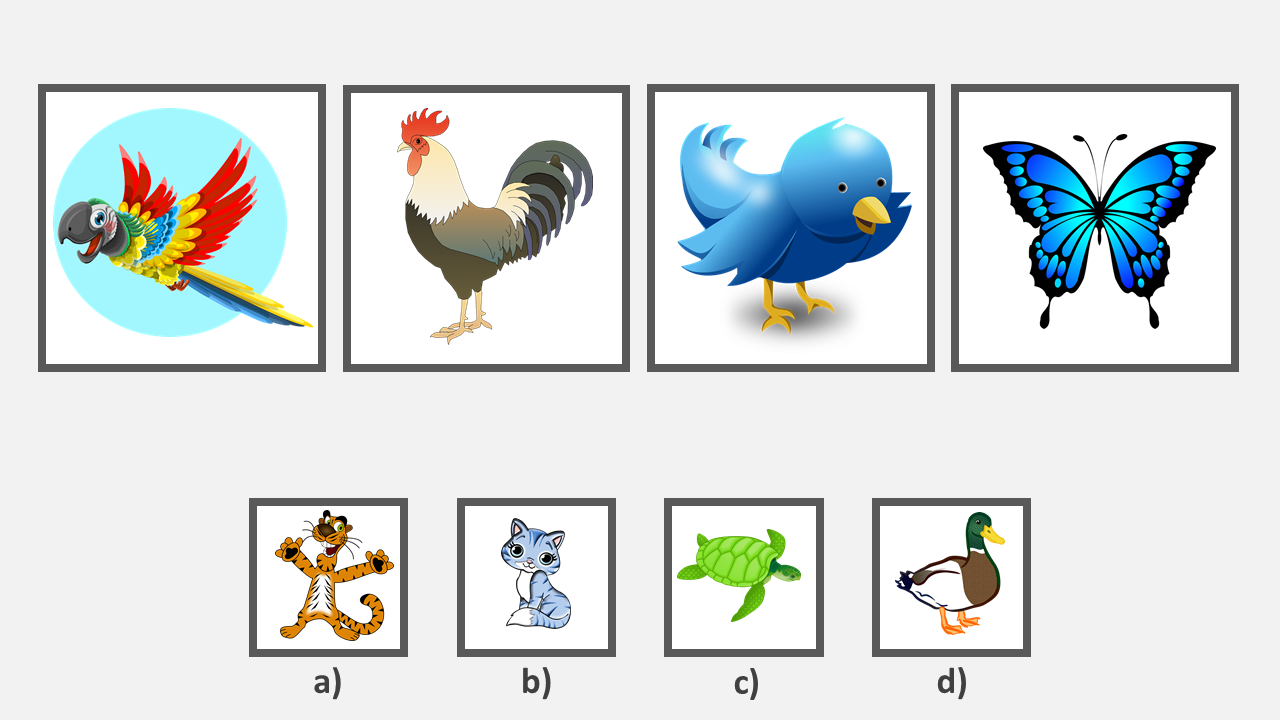 The correct answer is: c) as they all have wings.

The non-verbal battery is designed to assess how well a child is able to use reasoning skills to answer questions.

Children are shown four boxes, three of which have images.

Two of the images are a pair and connected in some way.

The third image is missing its pairing.

The objective is for children to understand how they are connected and find the correct fourth image. 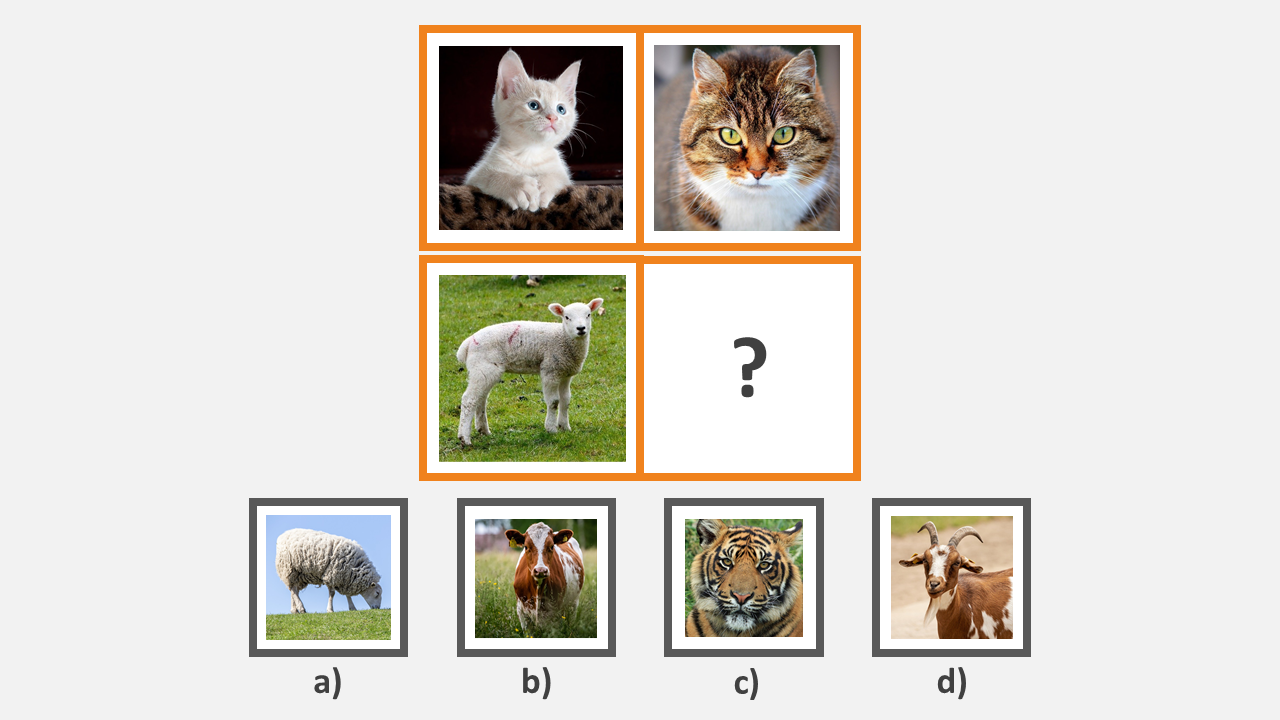 The correct answer is: a). This is because the first pairing is a Kitten and a cat, so the second pairing would be a lamb and a sheep.

In a similar way to the other non-verbal sections, students will be shown a series of three images that are in some way related.

They will then need to choose a correct fourth image from a selection of options.

The paper folding section of the assessment requires a child to use reasoning skills to understand how a piece of paper would look after it has been folded or cut and then reopened.

Children are shown a series of images of paper folded with dotted lines to indicate where cuts would be made.

They then need to choose the correct image for how the paper would look when it is unfolded. 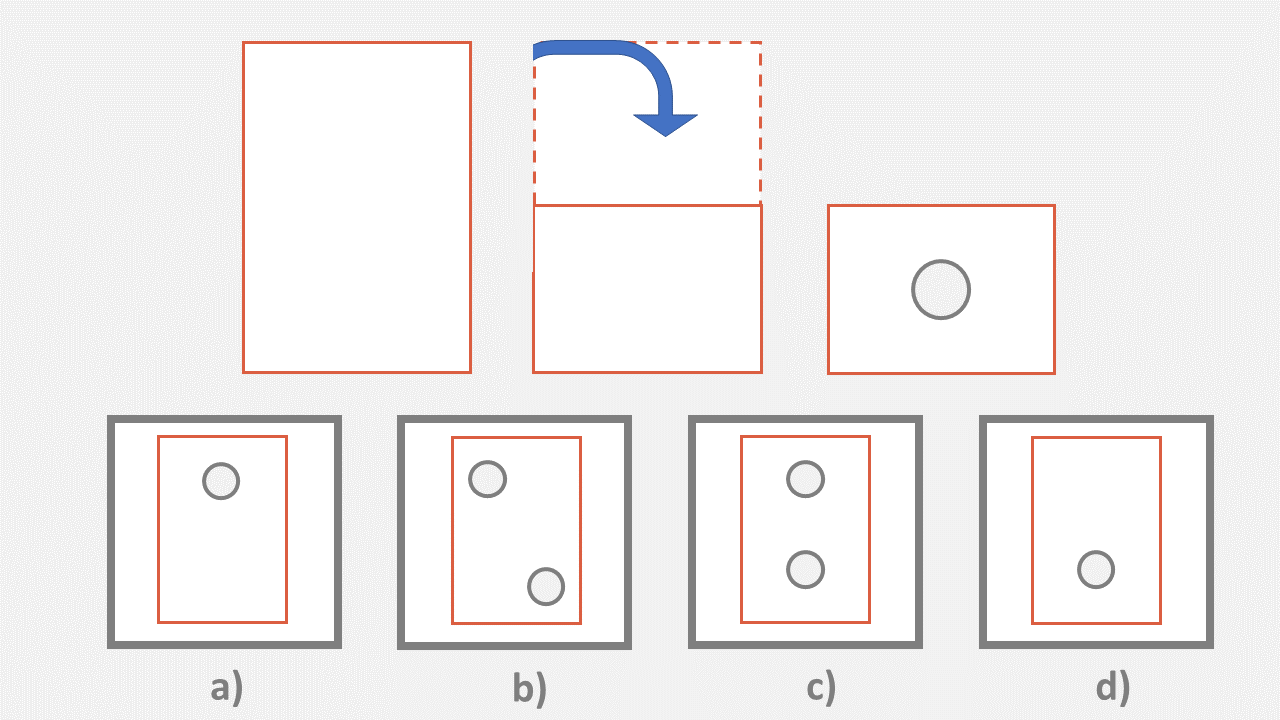 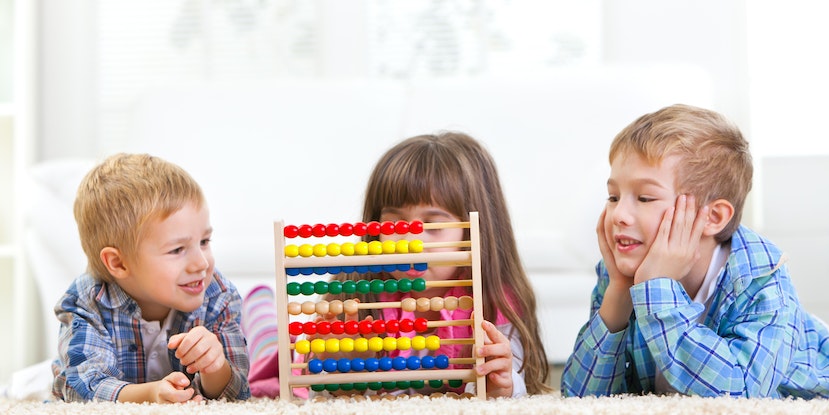 Students are shown a series of beads on an abacus. These represent numbers that are in some way connected.

The objective is to identify how they are connected and choose the correct image from a series of options to continue the pattern. 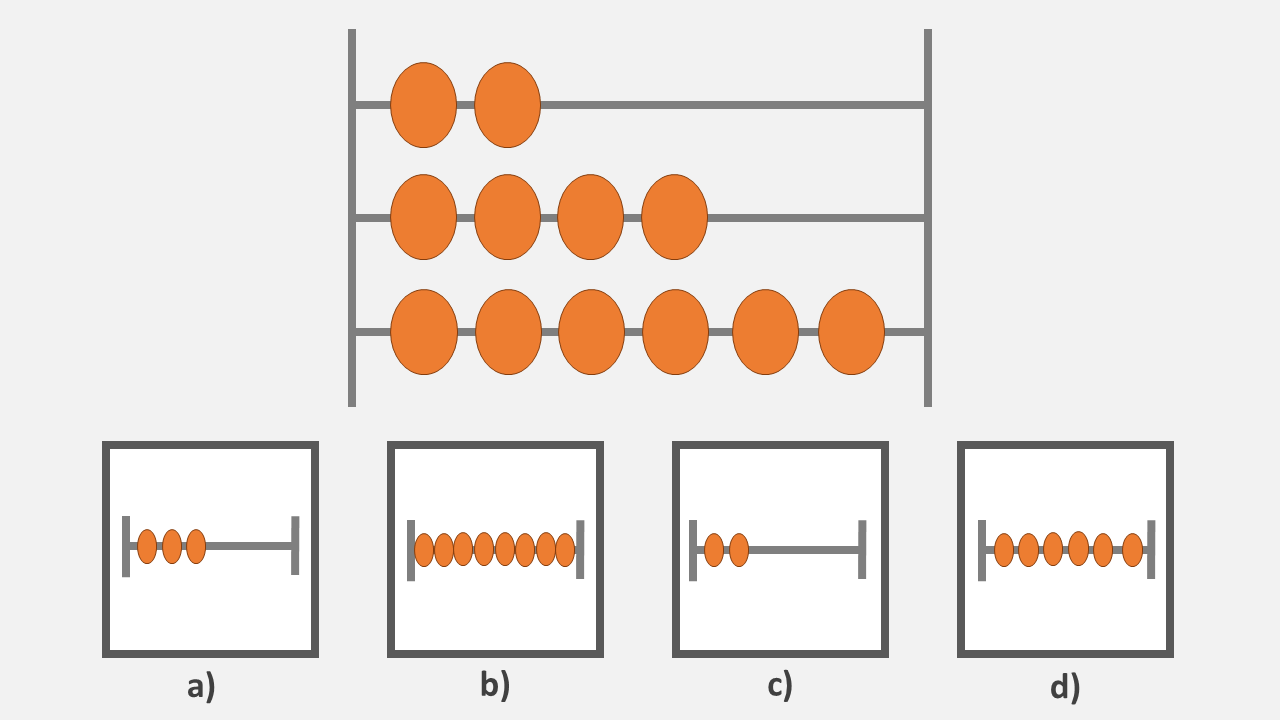 The correct answer is: b). The beads increase in twos.

In a similar way as the non-verbal assessments, students will be shown a series of four boxes. Three of these will be filled with images and two of those images will be connected.

The objective of this style of question is to identify how the images are connected and use this information to choose the correct fourth image from a selection of possible options.

Children will receive a variety of scores for their CCAT. The different scores each indicate something different about their performance.

The raw score is the number of correct answers overall. Students will receive a raw score for each battery of tests as well as an overall raw score for the assessment as a whole.

This score is given as a percentage and is designed to show how well a pupil has performed in relation to other students who are the same age.

This means that if your child is given a percentile rank score of 75%, they will have performed better than 75% of students who are the same age.

The main difference is that rather than looking at pupils who are the same age, for example, five-year-olds, it is a comparison of students who are in the same grade.

The staines rank is often the easiest score for parents to understand. Instead of being given a percentage, students are given a score between one and nine.

In this system, one would be considered a very low score and nine would be very high. An average score would be between four and six.

How to Pass the Kindergarten CCAT

The test is designed to look at how well a child has been able to learn. This does not mean that there is nothing a parent can do to help their child.

Taking some simple steps ahead of the assessment can help your child to feel relaxed and able to perform to the best of their ability.

Practice tests might be tricky for small children, but they can still be a useful tool when combined with other strategies.

By looking at practice questions, children can understand the format that they will find during the assessment as well as become familiar with the type of question that they may find.

Play Games to Practice Sitting for Extended Periods of Time

The CCAT is a long test for a small child. Although each battery is often taken separately, it still requires children to be able to sit for up to 30 minutes at a time.

Practicing games that require children to sit for extended periods of time can help them to be able to maintain concentration during the tests.

Part of the non-verbal battery looks at a child’s ability to understand how paper would look when folded or unfolded.

Practicing origami helps children to understand the concepts required in this section of the test.

Letter recognition is an important part of the Kindergarten CCAT. This is why playing spelling games can be a useful tool in boosting confidence and recognition abilities.

By turning spelling into a game, children will be able to learn without realising that’s what is happening.

Reading together will help to improve a child’s vocabulary as well as increasing attention span and ability to concentrate.

Just ten minutes a day can significantly boost a child’s ability to understand and form conclusions from written language.

One of the most important skills a student needs for the CCAT is the ability to recognise patterns in a variety of different formats.

Playing pattern recognition games such as snap, I-Spy and dominoes can help children to feel secure in these skills.

A Balanced Diet and a Good Night’s Sleep

It is important to never underestimate the importance of sleep and a balanced diet.

Studies have shown that these are both things that can impact how well a child is able to focus and concentrate.

Kindergarten children have only just started their educational journey, and assessments can be overwhelming.

Spending some time familiarizing your child with the format of questions and the skills that they may need can help to build confidence ahead of the assessments.

Having a child who feels confident going into assessments can help them to be able to perform to the best of their ability on the day.

This means that educators can gain an accurate representation of their ability and progress.

All of this information means that the proper support can be put into place when necessary, including progress into gifted and talented programmes for those children who perform above expectation.