Inductive reasoning tests are one of a range of psychometric tests often used during the recruitment process and are considered one of the more challenging aptitude tests.

When patterns are found, it can lead to a specific conclusion.

Inductive reasoning tests are used early in the recruitment process in many different industries to narrow down applicants.

They are commonly used when recruiting for roles in engineering, IT and science.

The leading test providers for inductive reasoning tests are Kenexa and SHL.

What Are Inductive Reasoning Tests?

Inductive reasoning tests assesses the candidate’s analytical and conceptual thinking skills and their ability to find solutions in a timed situation.

The test normally consists of a series of image-based patterns and will ask a candidate to identify the rule that links them.

Candidates who can capably problem solve, think logically and carry out tasks are an asset to an organization so these skills are highly valued by employers. Someone with strong inductive reasoning skills can:

You would need to use your inductive reasoning skills to consider what the next step should be, find a solution or analyze a situation with limited information.

When are Inductive Reasoning Tests used?

Inductive reasoning tests are used by employers to assess an employee as part of the recruitment process.

Usually, inductive reasoning tests are used in the recruitment process for technical roles or roles that require frequent problem-solving.

A psychometric test is standardized and provides measurable data.

They are useful when evaluating and understanding a candidate’s personality, thinking and analytical skills and providing an insight into their future performance in the job.

An inductive reasoning test is used to evaluate logical reasoning and problem-solving skills and a candidate’s ability to find solutions when under pressure.

An inductive reasoning test is formed of image or diagram-based questions.

The test taker needs to understand what is happening in these diagrams use this information to identify the next image in the sequence.

These questions are usually multiple-choice; you will usually be asked to pick from four to six very similar answer options.

The tests often have a strict time limit and may have a penalty for giving an incorrect answer.

The pressure of this situation also adds to the difficulties that candidates face in completing the test in the given time frame.

Inductive reasoning tests can vary based on the role and industry for which you are applying.

Most questions have some similarities, though, and will be aimed at testing job-related aspects.

Questions can relate to:

Most will test your ability to infer a pattern based on previous information.

For example, you may be presented with five images featuring various shapes and will be asked to predict the next one.

The correct response requires you to understand the pattern by noting the similarities or differences or the relationship between the images.

You may also be asked to use similar techniques to identify what is missing from a sequence.

The image below presents five images of squares. Each square has a black dot within it that moves around the square. Choose which answer option (A, B, C, D or E) would appear next in the sequence. 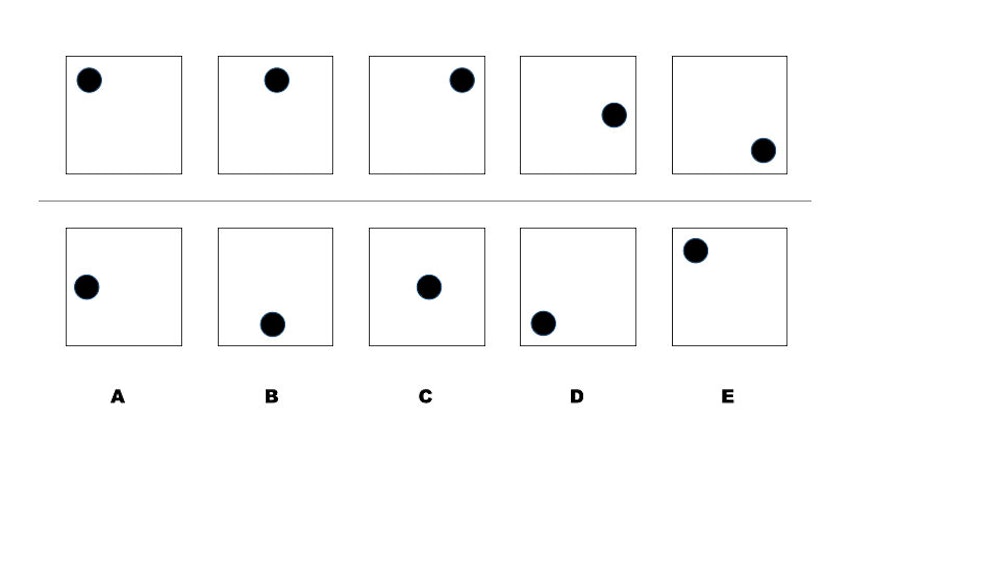 The black circle is moving in a clockwise direction through the square and each time it moves a half-length.

Therefore, the correct answer is: B

Example 2: A Pattern Where the Relationship Rules Between Two Concepts Matter for the Solution

The image below presents shapes with black dots. Choose from A, B, C, D and E to determine which answer would come next in the sequence. 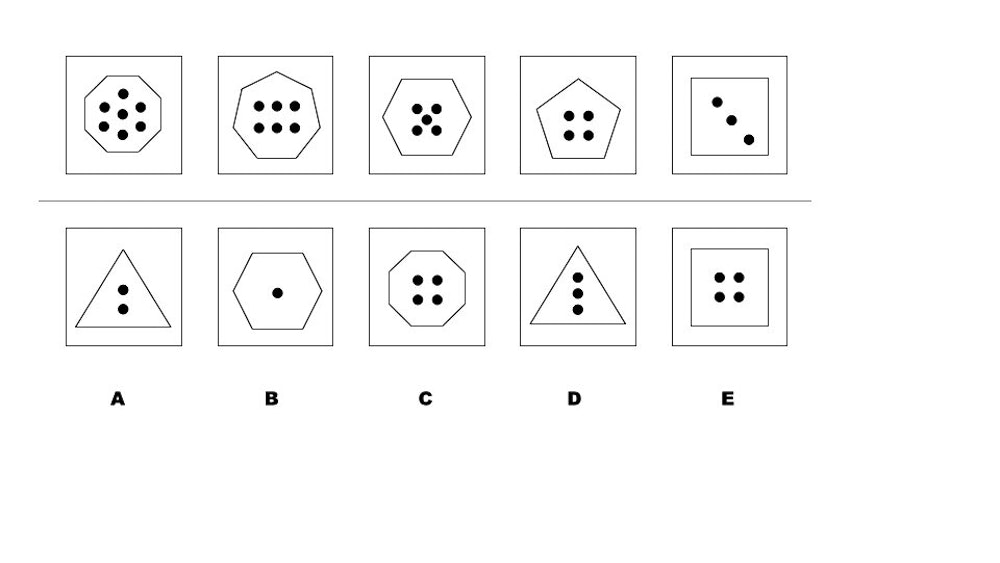 The last image has four sides on the shape and three dots, this leads us to deduce that the next image should have three shape sides and two dots within the shape.

Therefore, the correct answer is: A

_Choose the correct rotation in the sequence from A, B, C, D and E to determine the image that comes next.﻿_ 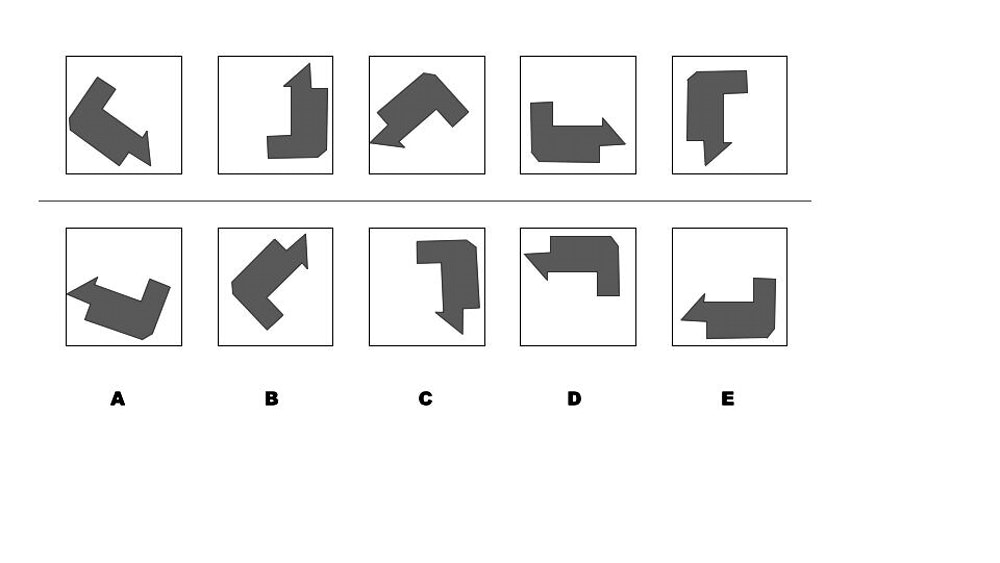 Spatial rotation questions are very common in inductive reasoning tests. To answer correctly, you will have to imagine the original shape in different positions.

The correct answer is D. All the others are mirror images of the original series.

How to Prepare for an Inductive Reasoning Test

To prepare for your inductive reasoning test, it is vital that you practice.

This will help you become familiar with the format and types of questions asked, increasing your confidence and helping you perform well.

You might even encounter some of the same patterns on test day.

As it is a timed test, practice completing the tests in real test conditions.

It is important that you get used to working quickly and accurately and feel some of that pressure in your practice.

On the day, bring a watch or stopwatch so you can manage your time and move on if needed.

Reflection and rotation are common questions in inductive reasoning tests.

Some people may find these difficult. One way to practice is to draw shapes and reflections and check your accuracy using a mirror.

One handy tip is that the employer/recruiter isn’t necessarily looking for test completion; instead, they are looking at the candidate’s ability to complete as much as they can accurately in a high-pressure situation.

Successful completion of an inductive reasoning test indicates that a job applicant can think analytically and work flexibly with new or unfamiliar information to find a solution.

Someone good at inductive reasoning can use observation to form a theory that can be used to make a future prediction or provide new solutions to an existing problem.